Can a company be The Giving Tree? 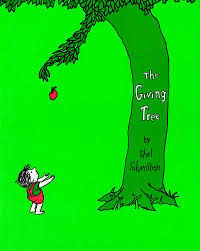 Many know the story of the book.  It is about a tree that gives every part of itself for the benefit of one little boy who ultimately grows into a young man.  The once fruitful tree, having given all of itself, is left as nothing but a stump on which to sit.

Now, in an attempt to answer Deb's question as humbly and meekly as possible, I'd like to hope the answer is that Specialty Box and The Giving Tree are kindred spirits.

Before I go on, please know that I'm mindful of the marketing strategy that has many large corporations shamelessly advertising the amounts of money they pour into charities.  The goal, of course, is to make the consumer feel good about buying from such generous companies.

You may determine that my motives here are no different.  You will believe what you choose to believe but my intention here is both to answer a random question and to hopefully inspire a handful of others to join with me (some of you already do, I know) in the non-promoted, out of the ordinary, good works that truly change the world in which we live.

For me, it is actually difficult to write blog that will reveal even one good work in which my family has walked.

As a Christian, the words of Jesus matter to me deeply; even many atheists believe His words are overflowing with wisdom.

There are two teachings of His about "good works" which, at face value, seem to contradict one another.

Teaching one: "But when you give to the needy, do not let your left hand know what your right hand is doing." (Matthew 6:3)

Teaching two:  "Let your light shine before others, that they may see your good deeds and glorify your Father in heaven." (Matthew 5:16)

I suppose in this blog I'm following teaching #2 but for the last year I've been hiding out in teaching #1.

Almost one year ago I wrote the a blog named, "This Trip Changed Me."

In the blog I asked the following question:

“How can I, for the remaining years of my life, offer my very best to the world?”

My answer in the same blog:  Other people’s children

I'll explain my answer with a question:

How would our world change if each financially able person (and by financially able I don't mean filthy rich; though if we live in the United States then most of us, when compared to the rest of the world could rightly be considered wealthy) raised a child that does not share the same last name?

Yesterday I dropped off my oldest son Nate, who is starting his first year of college, at the University of Michigan in Ann Arbor.  His absence from my daily life already hurts my heart.

Tomorrow I drop of Cameron (affectionately called "the kid who lives in our basement"), who is starting his first year of college, at the University of Michigan in Flint.  Cameron will be the first person from his family to attend college.

While I can't predict the past, I think it is safe to say that there is at least a 50/50 chance that Cameron would not have graduated from high school had he not moved in with us last September.

There is one thing I can say with certainty.

Like the tree from The Giving Tree, there is less of us than there used to be.  This fact allows me to state confidently that my wife, my daughter, my sons and I are much better human beings today than before Cam occupied a sheetless mattress (having no bedding is his odd preference and, yep, a little weird) in our outdated but finished basement.

May we, with your help, live into that vision.

Thank you for your part in both helping Cam and making us better human beings.